And The Weeks Turned Into Months...

This past winter, since December 20th I have concentrated on the Analogue Hobbies Painting Challenge (for those unfamiliar with it, see here) and the bulk of that time was spent painting my rather excessive collection of GW's LoTR plastic kits (not really historical material...).  However, to give myself a bit of a break from my main drive I did complete a few ECW figures, mainly from the Bloody Miniatures range.

The first group are from blister BM001, The Mortuary Men: 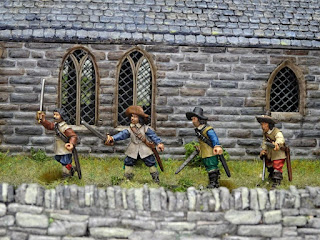 As has been said elsewhere these are wonderful character models. 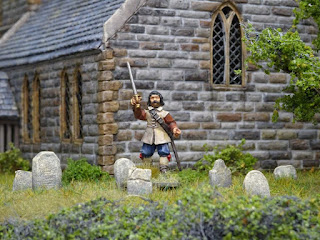 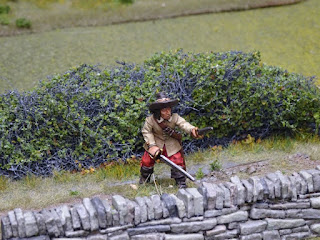 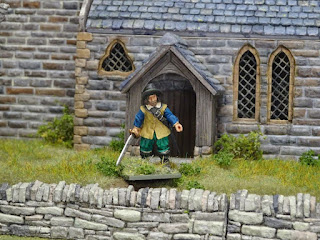 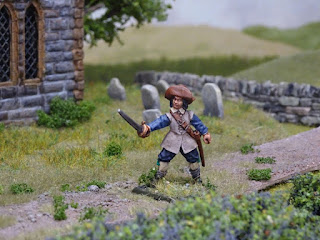 I did a second blister, BM009 The Moss Troopers from the second wave released last year: 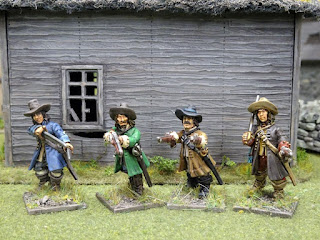 From the BM webstore:

"A rapacious gang of brigands, freebooters, broken men, or discharged and destitute soldiers turned to banditry and ambuscades." 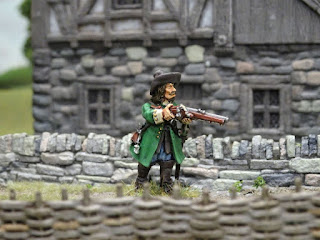 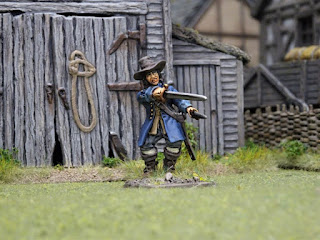 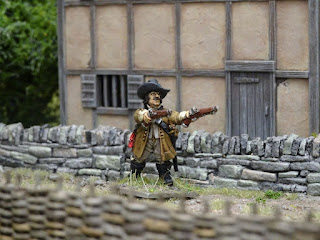 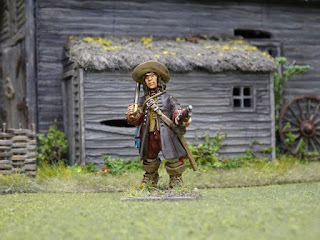 Perfect for skirmish games; really suitable for low figure count games such as Fistful of Lead or an adaptation of the incredibly flexible Pulp Alley rules. 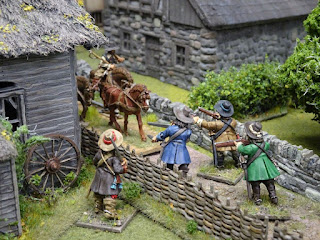 My final entry of the campaign was a command stand for King Charles I. 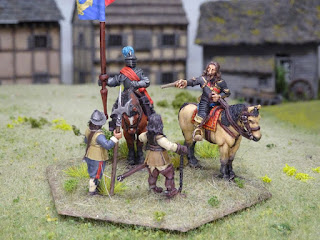 I broke what some seem to consider a cardinal rule of building wargaming units and used figures from different manufacturers here (5 in fact!). The sergeant with the halberd is from Avanpost, the Cuirassier with the standard is from Horcata, King Charles is from Warlord Games, the dismounted Cavalry officer from Bicorne Miniatures and the horses by Front Rank. 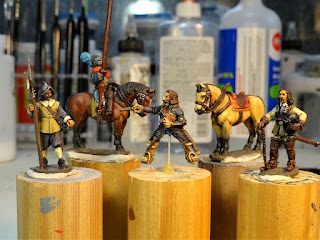 The Horcata figure comes with a saddle sculpted to the rider as they were designed for the Front Rank horses but I had to sculpt a saddle for King Charles: 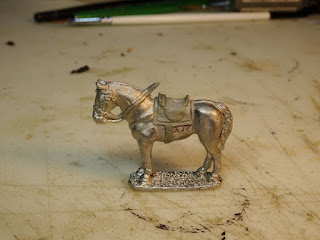 Aside from Charles' large head (seems historically appropriate...) all the figures fit together well enough . The King's standard is from Wargames Designs. 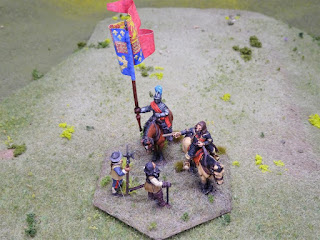 I chose to paint Charles' horse as a dun like Van Dyck's 1637/38 portrait of him as opposed to a grey as in the 1633 portrait in part because the grey is an almost exact replica of other mounts in Van Dyck's other portraits of European nobility so was probably his default portrait steed. 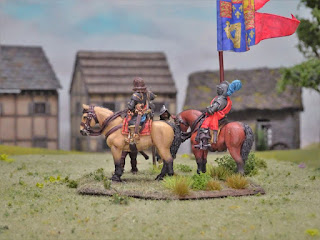