After a long delay, I have finally completed the King's Lifeguard of Foot: 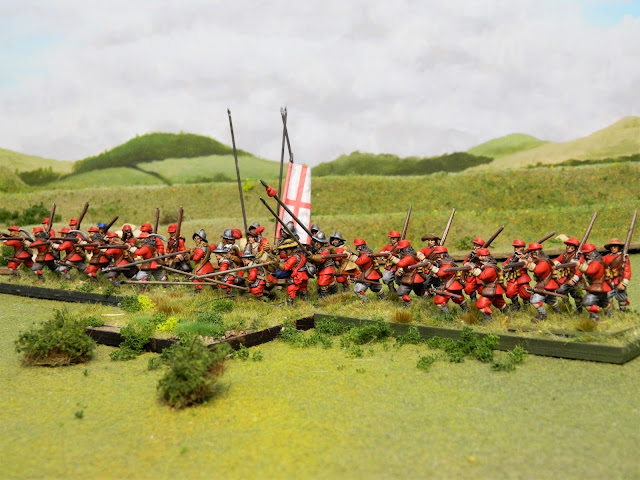 I started the regiment by putting together the pike block back in January of last year; it has seen duty in a variety of other regiments, and will continue to do so while we carry on with our campaign in the south-west. 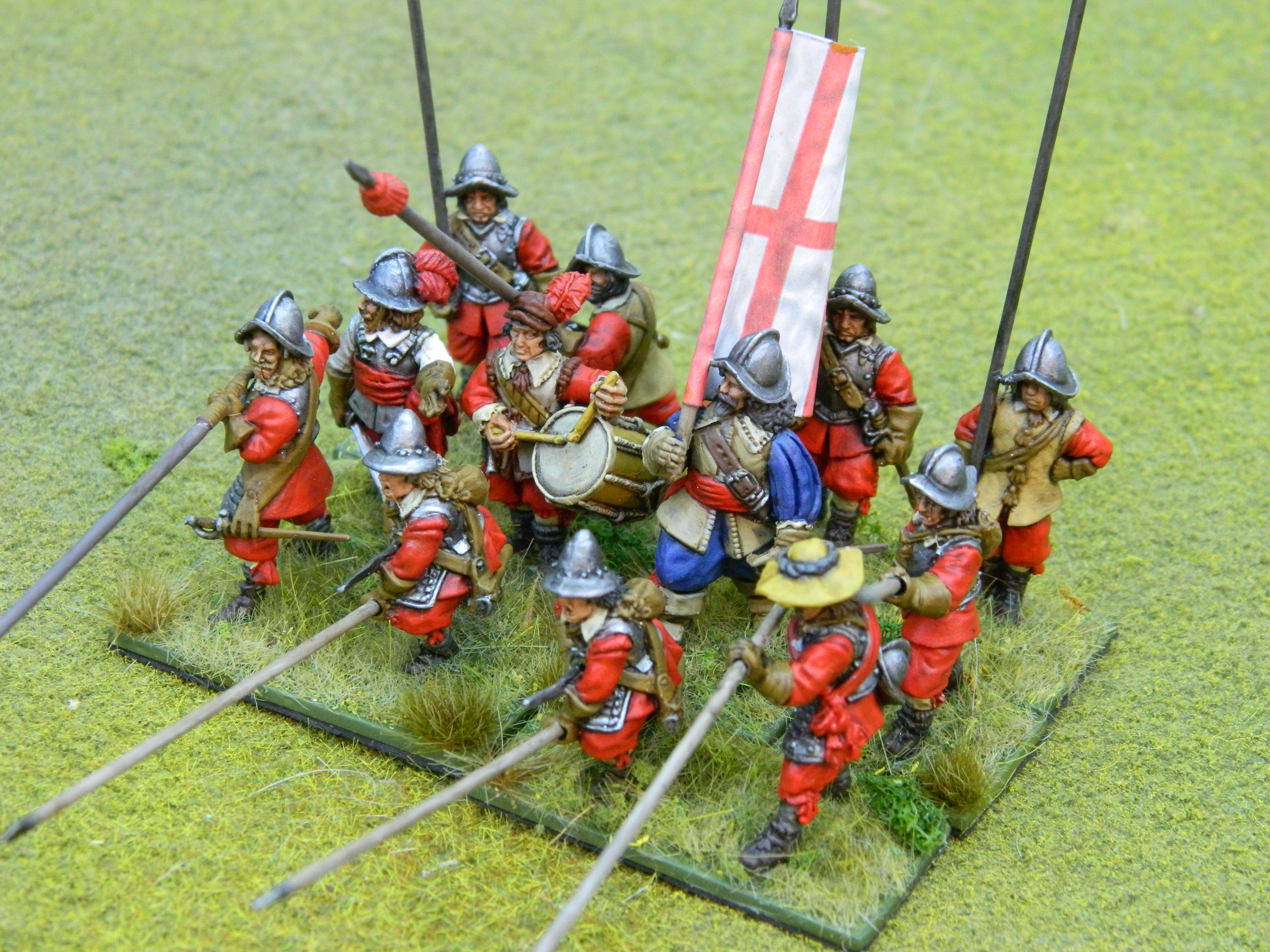 Subsequently distracted by other projects and building other regiments the wings of shot have now been completed. 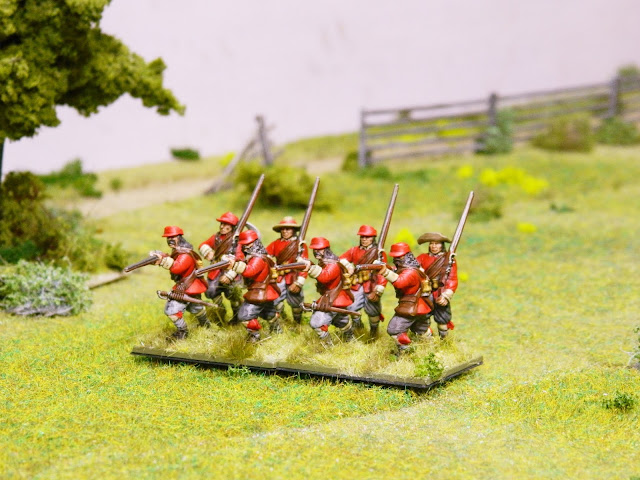 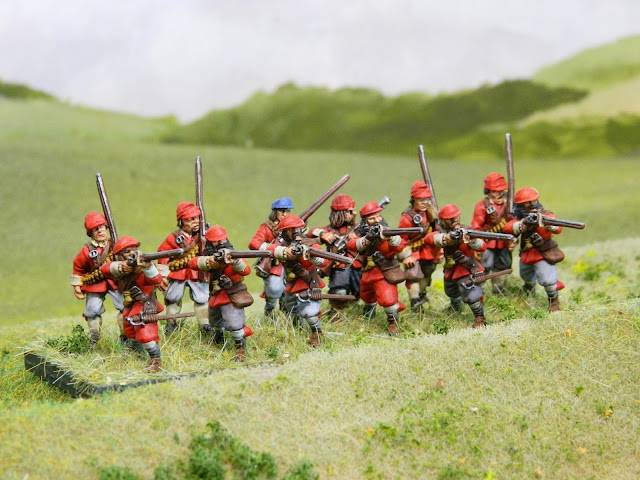 The majority of the shot are Warlord Games plastic but one wing contains 4 musketeers marching from the 1st Corps. range. 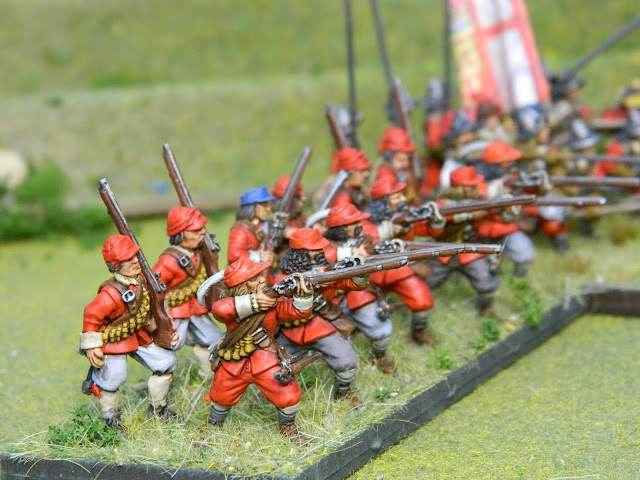 Although taller and with distinctively larger features, they do not look out of place with the Warlord figures on the table top. Also in the back row is a figure that I picked up second hand- no idea the make (third figure from the right in the picture below). 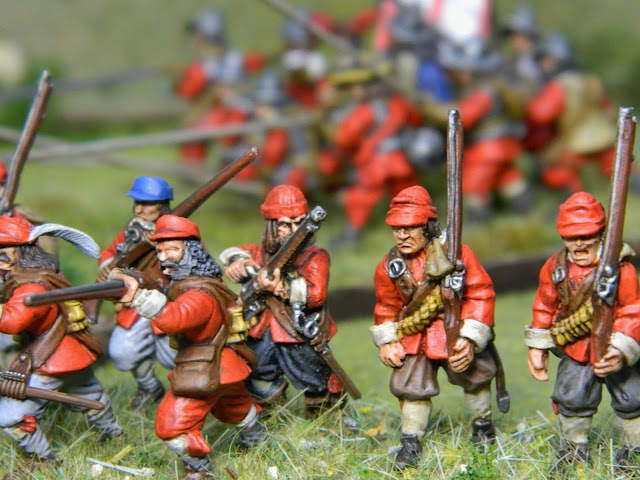 Although described as being outfitted in red jackets and monteros I added a little variety in the head wear. With this regiment completed I will be putting together a grey coated regiment from figures I acquired through an eBay purchase... 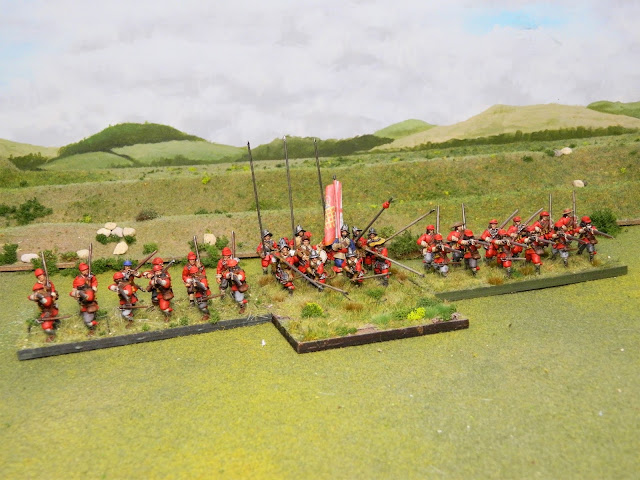 Email ThisBlogThis!Share to TwitterShare to FacebookShare to Pinterest
Labels: Pike and Shotte, Royalist