With a couple more ECW games planned for February I was inspired to paint up another regiment. This time I went with the King's Lifeguard as I had already done up an Ensign. 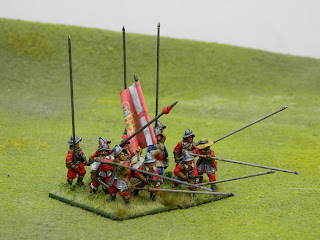 The Ensign and 3 of the figures are from Warlord Games plastic Pike and Shotte kit, flag from Wargames Designs. Although the flag lacks the intensity of the Flags of War products someone on a forum said that it was a actually more realistic as flags are made of slightly translucent fabric (silk?) so their colours are generally not opaque. 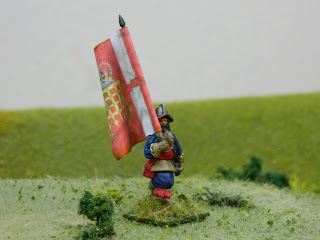 The majority of the figures are Warlord's Armoured Pikemen set, which is one of my favourite sets of theirs. Great sculpting and well cast; I found them very easy to paint up. I did sneak a Perry figure into the mix though. 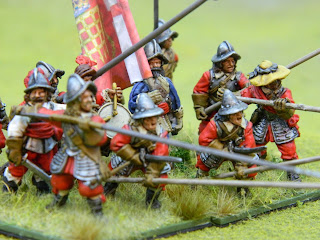 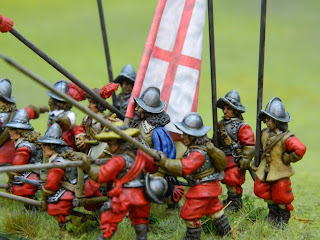 All that is needed now is a scenic base and some musketeers. 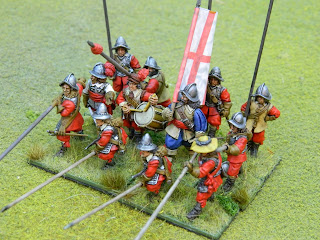