My order from Warlord Games finally made it and I was able to get the stable done. The barn I actually painted and finished about 3 years ago. 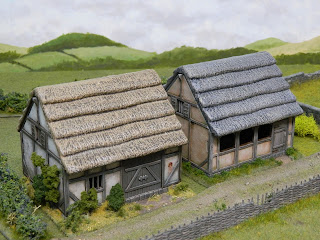 The barn has a relatively new roof- the thatch is still a nice fresh yellow. 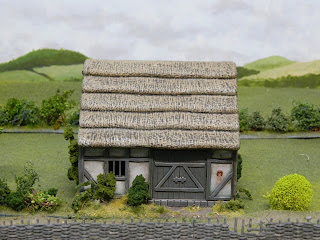 The single storey kits all use the same roof pieces, short walls and floor - it's the long walls that make each kit different. One thing I regret is not filling in the tabs in the end walls with putty; they really stand out in the close up photos- not so noticeable on the table though. 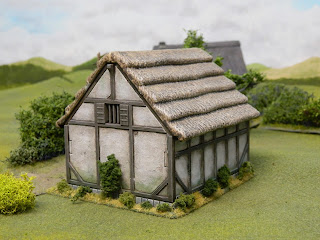 With the stable I tried to replicate the daub colouring of the Perry's cottage (I should have wrote it down...); I think I got pretty close. A fancy stable like this probably belonged to the land owner in the nice house in the distance- too fancy for some tenant farmer. 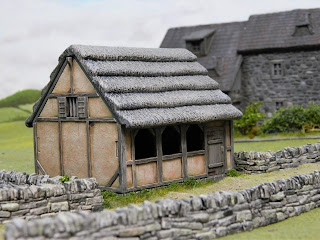 The roof came out a little too light grey for my liking- I think I will give it a glaze with a dark brown just to warm it up a bit. 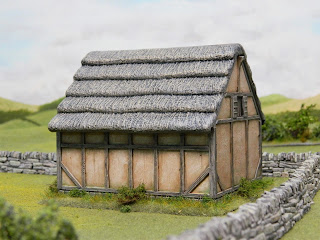 As Murdock and I have a game (the battle of Stoke Lane) planned for mid July I have a few things to tidy up for it including some more fencing and a small contingent of Old Glory dismounted cavalry we may need.
Posted by Codsticker at 21:24