An Outdoor War Game: The Battle of Stoke Lane

This past Sunday Murdock and I got together for an outdoor game at his place to play out another installment of our English Civil War campaign. 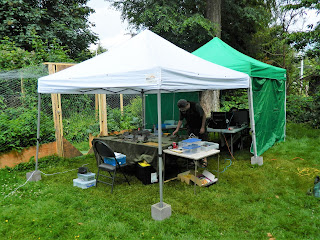 One of the interesting developments of the pandemic has been the interest in "long distance" gaming, and Murdock has been refining his broadcasting of his online war gaming over the past few months. In this case we had two players moving troops and making decisions from their homes, one of them two time zones away. Murdock's son (that's him behind the monitors) ran the cameras and coordinated the distant players, making sure everything ran smoothly leaving Murdock and I to move toy soldiers and roll dice.

The scenario we chose was The Battle of Stoke Lane from the Partizan Press book English Civil Wars Campaign Scenarios Vol.1 . This is a straight up raid or, as was contemporarily referred to, 'beating up quarters'.

At this point in the campaign Sir Ralph Hopton had moved his army to Frome after spending nearly two weeks at rest, and had ordered his Maj. Gen. of Horse, Sir James Hamilton to quarter at the town of Beckington just a short distance north east of Frome, towards Bath where William Waller was then stationed. For some reason, Hamilton decided to continue closer to Bath, outside of the army's guards, to the village of Stoke Lane. Waller, having caught wind of Hamilton's poor choice, organised a raid comprising of horse and dragoons under the Frenchman Maj. Dowet.

The table set up from the south west. Dowet's raiders would enter from the north east at the top of the photo: 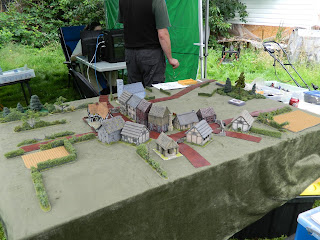 We would require quite a few buildings, using several from Murdock's collection, and the various building kits I had completed over the past couple of months would get their debut: 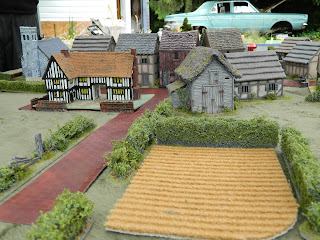 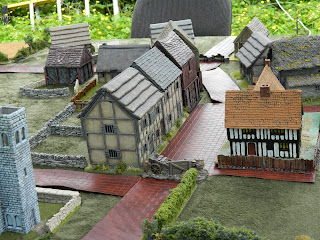 The game starts with Dowet's horse coming up from Bath along Mill Lane: 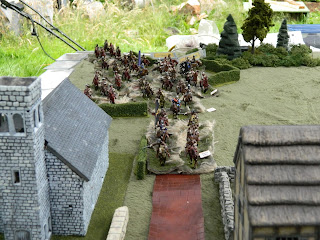 Royalist sentries rush along the village streets, attempting to arouse their sleeping cohorts: 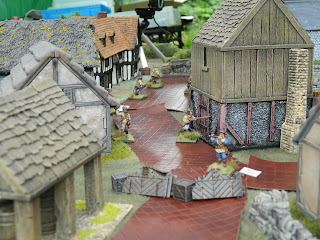 The sentries rush to man a barricade as Parliamentarian horse gallop past, intent on capturing the pastured horses: 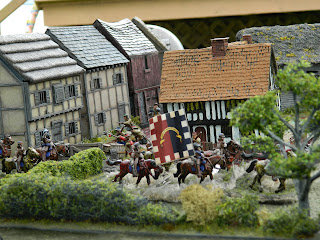 Dowet sends more horse swooping around to the south, to do the same: 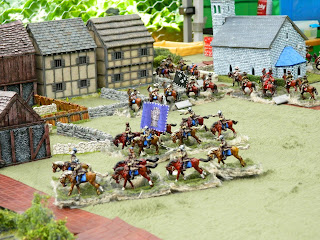 Hamilton finally awakens from his slumber and stumbles outside with a bodyguard; he tries to stop the pilfering of his horses with disasterous results- he and his retinue are cut down except for one who slinks back to the Knatchbul Arms to hide: 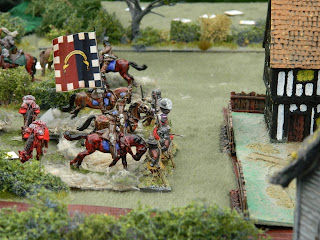 On the south side of town, Royalist Dragoons respond early to the shouts of the sentries and make it to their horses before they are caught: 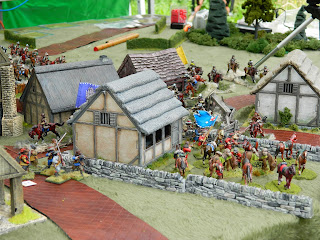 Others are not so lucky, trapped in their lodgings before they can respond: 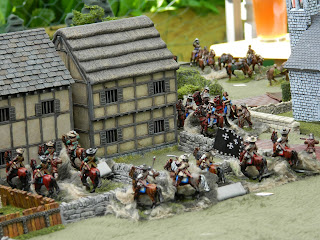 Parliamentarian horse take a musket load in the face as they charge down Stoke Lane. Sadly, for the Royalists, despite doing great insult, it only enraged the enemy instead of stopping them: 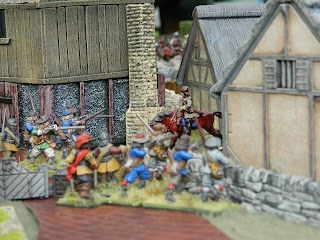 Confused, swirling melees erupted as defenders tried to mount their horses and the attackers attempted to prevent their escape: 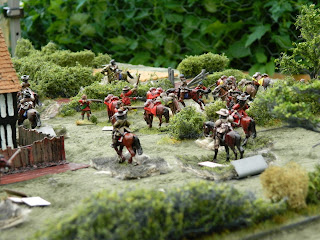 Some defenders were swamped by the enemy with one foot in the stirrup: 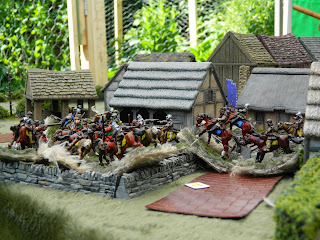 Only a few Royalists made it off the table: 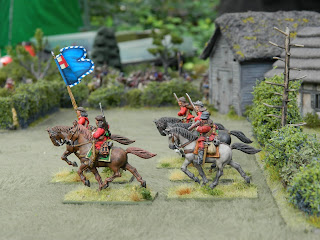 Royalist second in command, Lt.Col. Carre eventually made good his escape. Here he is last seen dodging enemy horse as his troops try to provide a screen : 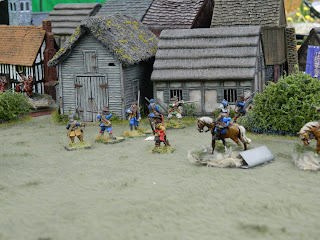 All in all, the game played much like the real battle with two notable exceptions: both commanders were killed in melee! Also, Carre was actually captured whereas in our game he escaped to fight another day. The victory conditions meant it was a major victory for the Parliamentarians as they had to capture horses and enemy as well as take less than 50% casualties, both of which they achieved. For the Royalists to win they had to get more units off the table (not routing) than were captured or slain. As they only got 1.5 units off out of 10 it was a miserable day for them.