My last entry for the year; not much to report. After the Carnage and Glory ECW game I came to realise that I needed more command stands. Jeff had several as part of his collection he left me, a few of which I separated from their thick MDF bases so I could add to their paint jobs and base them to match my own collection. 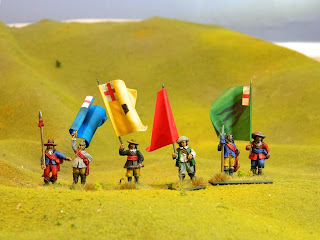 The following picture is of another of Jeff's command stands; the models above were based similarly and had the same paint job (the base is hidden by the cloth- it is about 6mm thick). Instead of stripping them I just decided to add to the existing job. 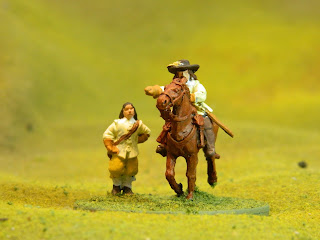 The flags are generic ECW flags from Flags of War, the figures are from Perry's ECW range, blisters ECW2 and ECW3. 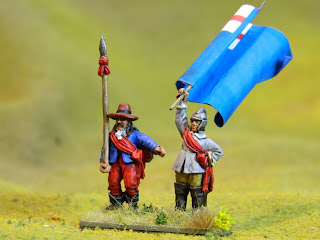 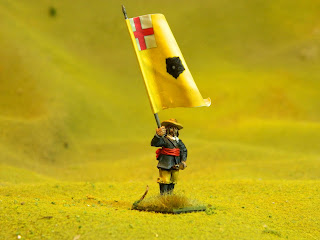 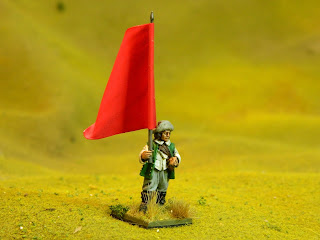 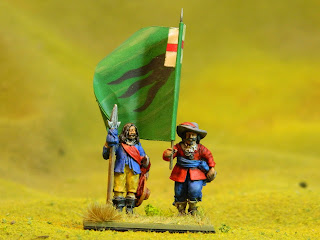 Have a good Christmas and New Year!