Well... smaller than the previous batch. They are each about 30cm by 50cm. Made in the same fashion with 2 exceptions, both improvements over the previous method:
-these two hills are based on 3mm MDF; I wish I had done this for the previous set although it would have made the larger hills a tad heavy.
-after slathering them in tile adhesive/grout mix I began sticking shrubs and rocks directly and applied the static grass immediately. As the adhesive mix takes a long time to dry it worked perfectly; you actually have about an hour to an hour and half of working time- after that it starts to skim.

Here is the raw foam sanded and glued to MDF bases. 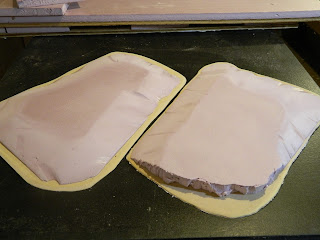 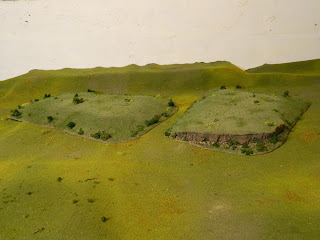 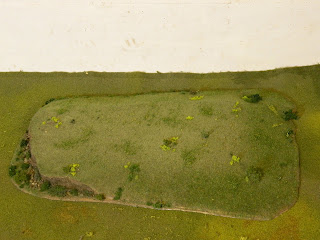 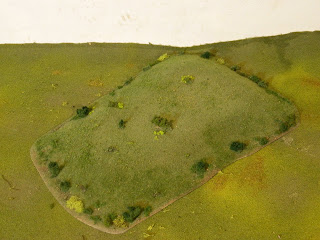 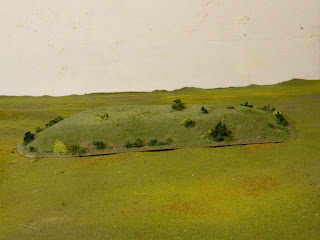 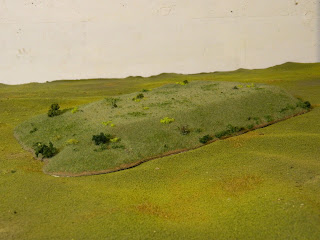 Here some 15mm Numdian horsemen give you an idea of scale: 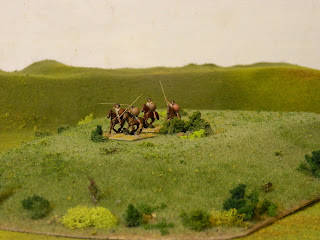 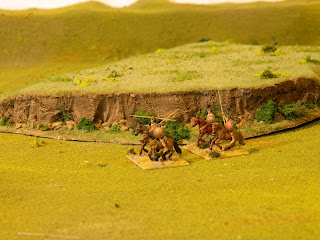