Well, the Analogue Hobbie Painting Challenge XI has come to a close and my final entry is 8 Dark Ages Irish from Crusader Miniatures. 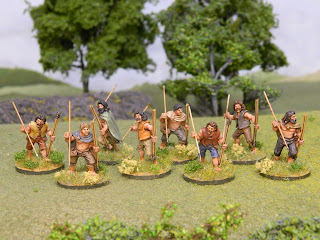 A while ago I picked up about 4 points of Irish for Saga. The minis are a mix of Footsore and Crusader. 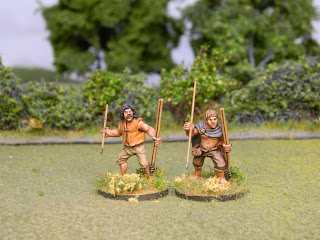 I liked the look of the Crusader Irish- the mix of bare chests, cloaks and vests- so I ordered 8 more. 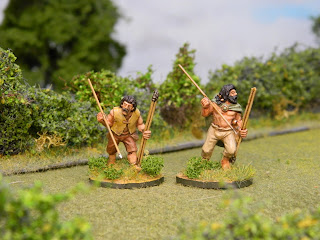 In Saga terms these are warriors, armed with javelins. 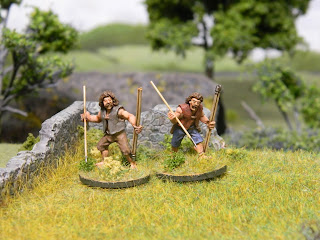 Although there are 8 figures, there are only 4 poses, but not a big deal. They were fun to paint and painted up both quickly and well. 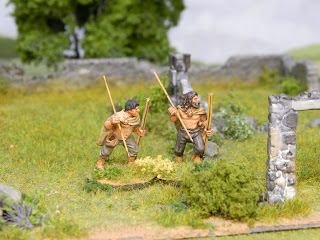 I may collect a few more as I have a Anglo-Norman force for Lion Rampant and with a suitable Irish force they could face off against each other in games set in the Anglo-Norman invasion of Ireland. 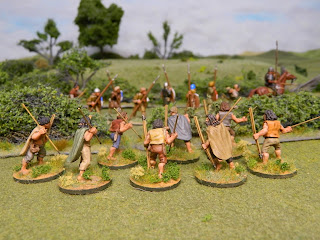