ECW: Warr Without An Enemie

This past Sunday we got together for another game at The War Dungeon, this time an ECW battle using the Wyre Forest War Gamers rules, Warr Without An Enemie. Murdock set up the scenario, established the forces and randomly generated the terrain. As usual he supplied the Parliamentarian force and I supplied the Royalist.

Here we have a Royalist force on the march... 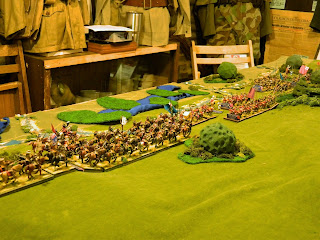 ...caught by a Parliamentarian army looking to cut them off. 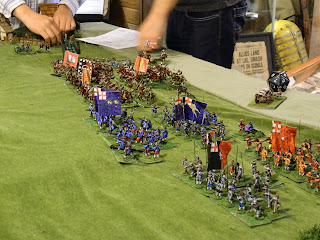 The clever Parliamentarian commanders waited until the front of the column was in the trees before putting their forces into action. Here the column is led by a mixed brigade comprising a tiny horse regiment a couple of decent sized foot regiments and a light gun: 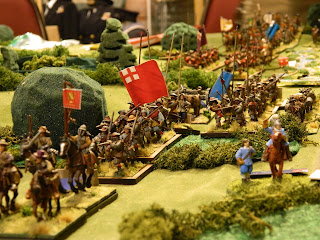 A foot brigade sits in the middle and a brigade of horse brings up the rear. 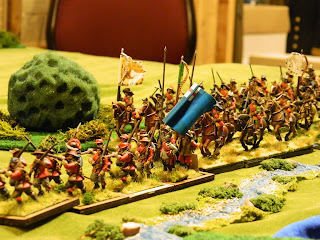 In retrospect, the mixed brigade should have brought up the rear as it contained the light gun; not only would it have made sense historically but it may have served us better.

The Parliamentarians took advantage of a local village and deployed a foot regiment on their flank: 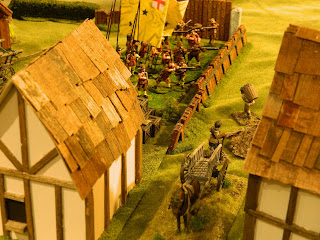 The rest of the force moved at double time over the hill in an attempt to split the royalist train in two: 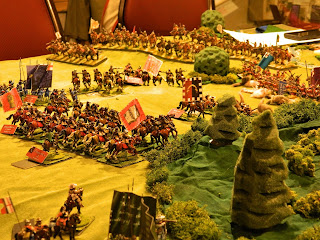 Caught off guard the Royalist, advance brigade tries to come around, struggling to get the gun into position, and advance the foot and horse on the enemy deployed around the village: 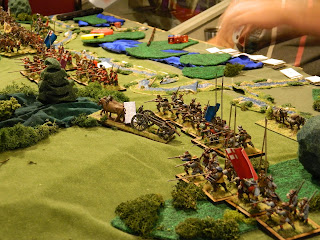 The Parliamentarians bring up a gun and another regiment in anticipation of such an advance by the enemy: 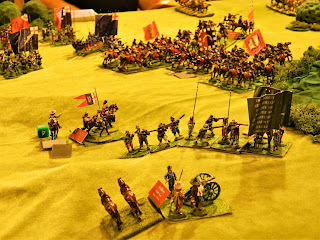 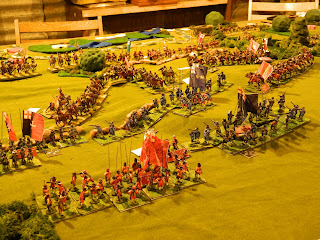 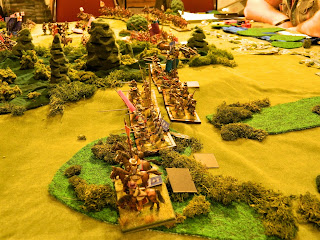 Back at the rear of the column, a couple of  the Royalist horse regiments retire and regroup for another attack: 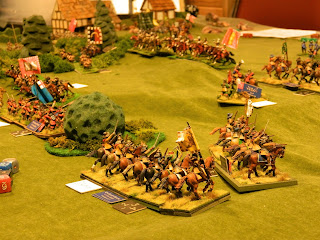 In the centre, the Oxford foot- having already lost a regiment- prepare to receive the charge of a pursuing enemy horse regiment: 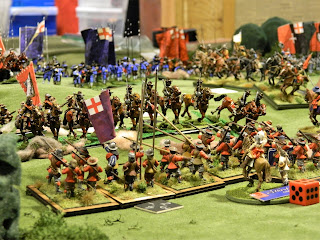 Tired of waiting for the dilly-dallying foot, the Northern horse attempt to charge the raw Parliamentarian regiment: 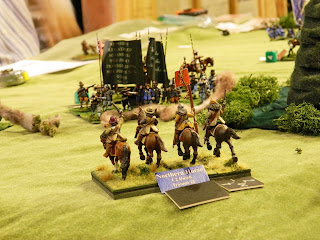 This prompts the regiment in the village to advance to musket range, adding it's firepower to light gun and other musket fire to see off the attackers: 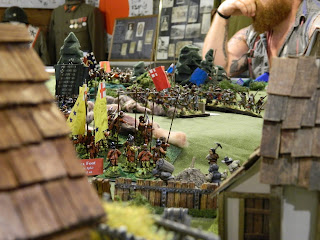 The Oxford foot retire from the initial onslaught of the enemy horse... 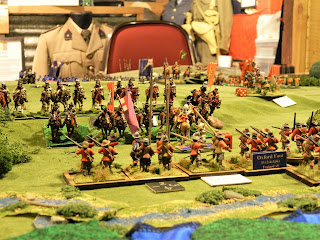 and find themselves with their backs to the creek: 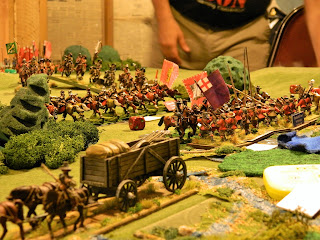 Some fortuitous die rolling by yours truly and some appalling rolling by his opponent means that the Oxford Foot stands it's ground. This stand in itself is almost enough to save the day; however, even with the horse coming to relieve the pressure, the severely wounded Royalist general has a change of heart and orders a general retreat, abandoning their baggage and supplies (ie, he rolls three 1's on 3D6 in the Army Morale phase...). 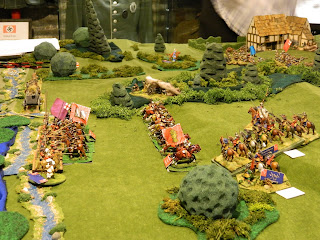 Another close game but this time the victory goes to Parliament.