The Battle of Gaines Mill

Finally, several months after finishing the hills for this game we were able to coordinate everybody to re-fight this battle. It turned out to be a special gaming experience for me as the host, McLean, whom I had never net before, has quite a "basement". It is in fact a museum as he is an avid collector of WW2,WW1 and Korean War equipment, weapons, uniforms and other incidentals associated with those conflicts. 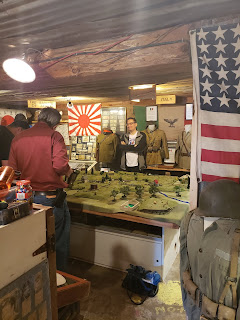 He has fashioned the entrance to The War Dungeon after a trench, largely based on a WW1 trench but with elements from WW2 and the Vietnam war. 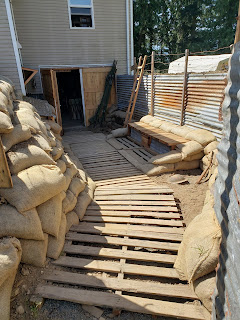 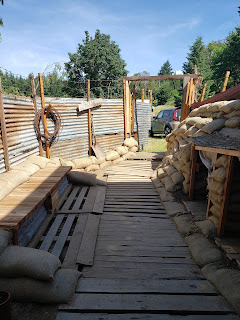 Inside you walk through the WW1 section... 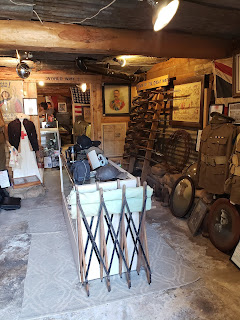 that includes various rifles used by the combatants: 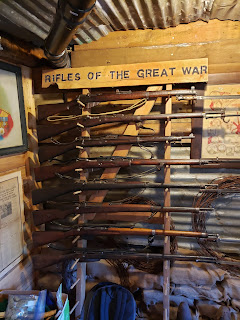 There is also a Korean War section: 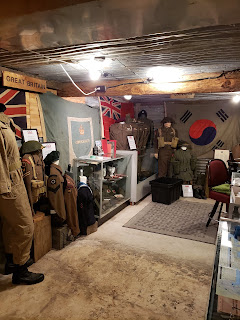 My favourite section is the display of the uniforms and memorabilia of his family members that served in WW2: 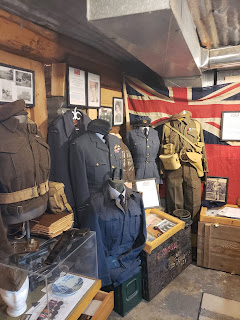 Including his great grandfather's bomber jacket, medals and book of memoirs (each silver bomb represents a mission flown): 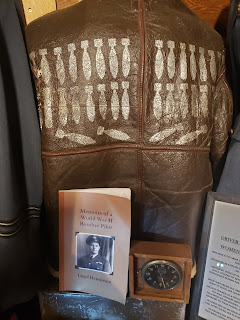 Anyway, the real reason we were there: the Battle of Gaines Mill (pictures are from my phone as I forgot my proper camera and tripod so some may be a little fuzzy and are dark). The rules used were Brigade Fire and Fury. AP Hill's Confederate force prepare to assault across Boatswain's Swamp: 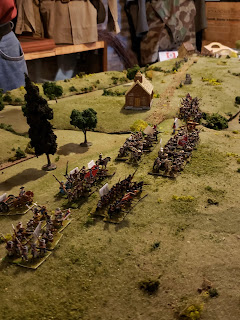 The view from the southeast looking over Sykes command: 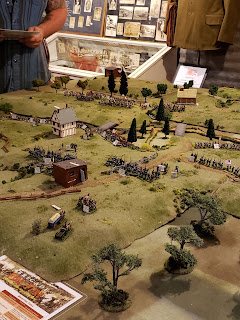 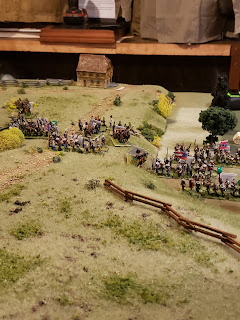 Sykes redeploys to meet a new threat and at the left hand edge of the picture you can see some brigades arriving from reserve: 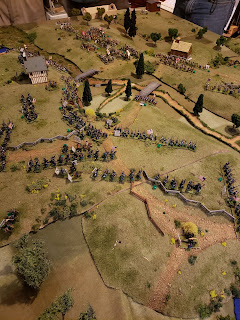 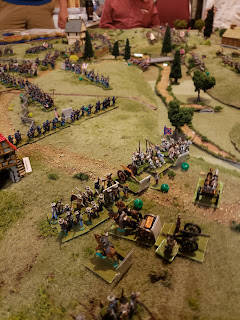 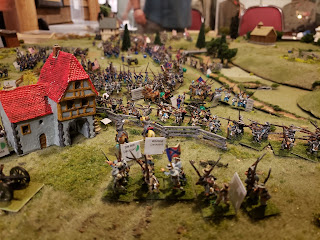 Morrell's division prepares for the onslaught behind hastily erected defences: 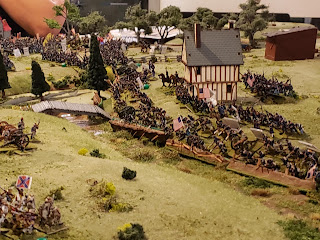 .. which comes crashing in: 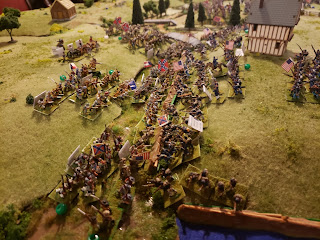 Successive waves would eventually break and push the Union brigades out of their defenses; it was the beginning of the end. The picture below shows Sykes' division and it's reinforcements pushed back up Turkey Hill to Adam's Farm by DH Hill's: 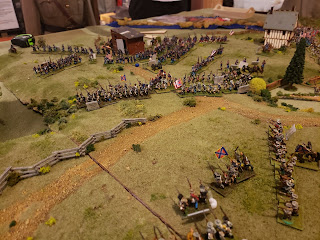 I
The game played out almost exactly as the real battle with the exception of the Confederate attack across Boatswain's Swamp going in about an hour earlier. The Union forces were pushed back and with the late reinforcements having to keep the retreating brigades from getting out flanked, more or less played the same role as they did on June 27th 1862.


The atmosphere, the combatants and fun game made for a great day out.