Done! With Trumpeter's Salute coming up this weekend I have a few days to finish off some more details: crates and barrels and that sort of thing. The unfinished table has been out a couple of times for some play-testing , the details of which can be seen on Murdock's Marauders. I was going to move it out of the basement and up stairs to take pictures but then I would have to disassemble it again and move it back downstairs should my daughter come home between exams and want her room back. So, unfortunately, you get an fairly industrial looking background. 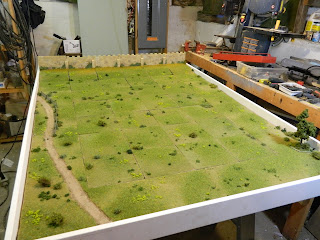 For those that don't recall, the centre of the table consists of removable 8" 'tiles' that can be pulled out and replaced with tiles containing trenches or saps. 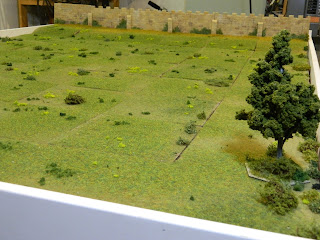 As the attacker saps his way forward he approaches The Wall. The defender has the option of digging a defensive trench which is why there are removable tiles at the base of the wall. 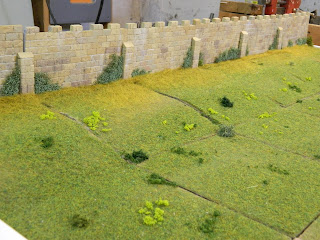 The defender's side of the wall is a little more boring. I am working on other pieces including a part of a building but I have run into a bit of snag that I may not be able to resolve before Friday. I have more barrels and possibly a wagon. Murdock also has some accessories as well as some civilians. 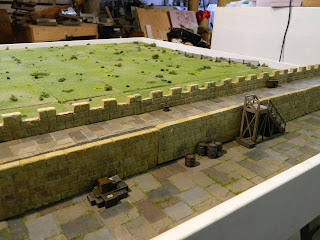 As Murdock is supplying the figures and the rules for this adventure I took the opportunity to get some of my own out for a photo shoot. Here the Parliamentarian commander observes the engineers digging a trench: 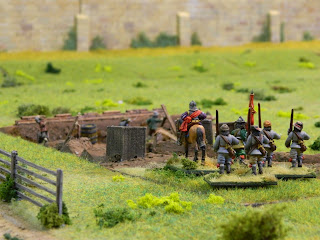 Supplies are moved forward before the sun has fully risen: 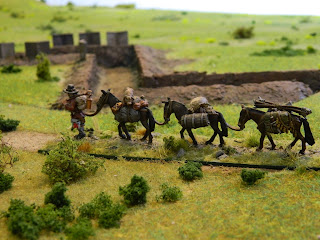 A sally by the defenders attempts to disrupt the work party: 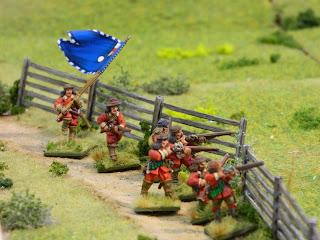 But the work goes on undeterred and the cannons are brought forward to pummel the wall as musketeers snipe at their opponents behind the parapet: 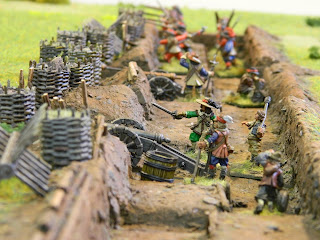 The besieged look on; their supplies are running low... 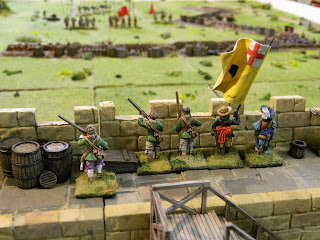 Eventually a breach is made and the defenders prepare to repel the assault: 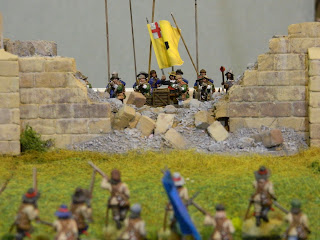 As usual there are several things I would have done differently.  Cutting all the tiles by hand even with a hot foam cutter did not yield consistent results. I I had to do this again I would get a Proxxon hot wire cutter and glue the foam to 4 mm MDF that way the trenches could be deeper, the tiles much stronger and everything would fit together much better.
Also, and I seem to be a slow learner here, I would build a frame around the plywood base and then start building the table. Making a frame afterwards and trying to trim and sand the foam is a pain and doesn't result in a nice tight fit ( I should have figured this out after I made my Mordheim table).

Next time I post it will be after Trumpeter's Salute...
... unless I get that other building finished.