I have finally finished off the ECW dragoons that Jeff left me. He had assembled them, primed them black and "wet brushed" them white. He managed to get a few coats painted and a base coat on some of the horses too: 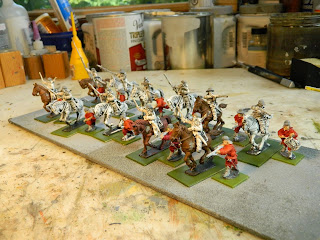 Here they are now in their re-furbished glory (I still have to locate proper guidon for them) : 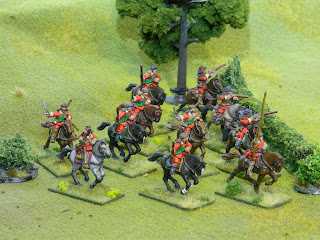 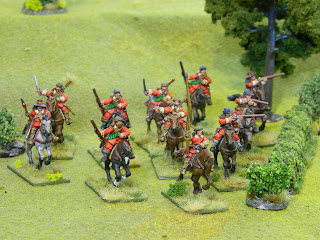 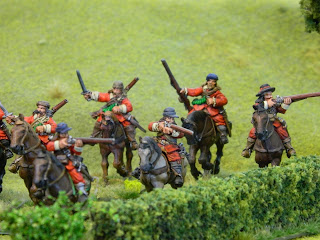 The Warlord boxed set comes with a dismounted version for each rider: 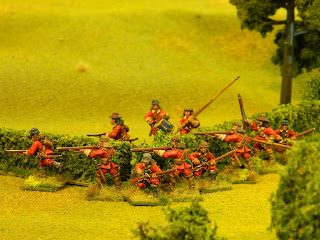 The boxed set comes with 12 of each but one has been misplaced so what I have here is a regiment of 11. Oddly enough the other set Jeff left me also has only 11 in it ...

I also managed to finish roughing out the hills for the Battle of Gaine's Mill game we will be playing in the undetermined future. 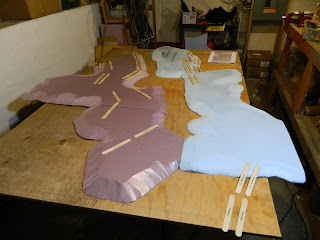 The craft sticks mark deployments of the various brigades. I made a couple of mistakes (I was working from 2 different maps, one of which has more detail in it): the far hill in blue should be a little longer and curl around the end of the purple hill opposite of it.  Next up I will give it a hard sanding and coat it with a mix of coloured sanded grout and tile adhesive.
Posted by Codsticker at 20:40