Finally, after starting this project 4 (5?) years ago I have finished painting 2 Warlord Games Battalia box sets. Were it not for several other projects that sidetracked me, this milestone probably could have been reached within a year of starting. However- as every wargamer knows- there is always a distraction.

The final unit that needed completion was a squadron of cavalry: 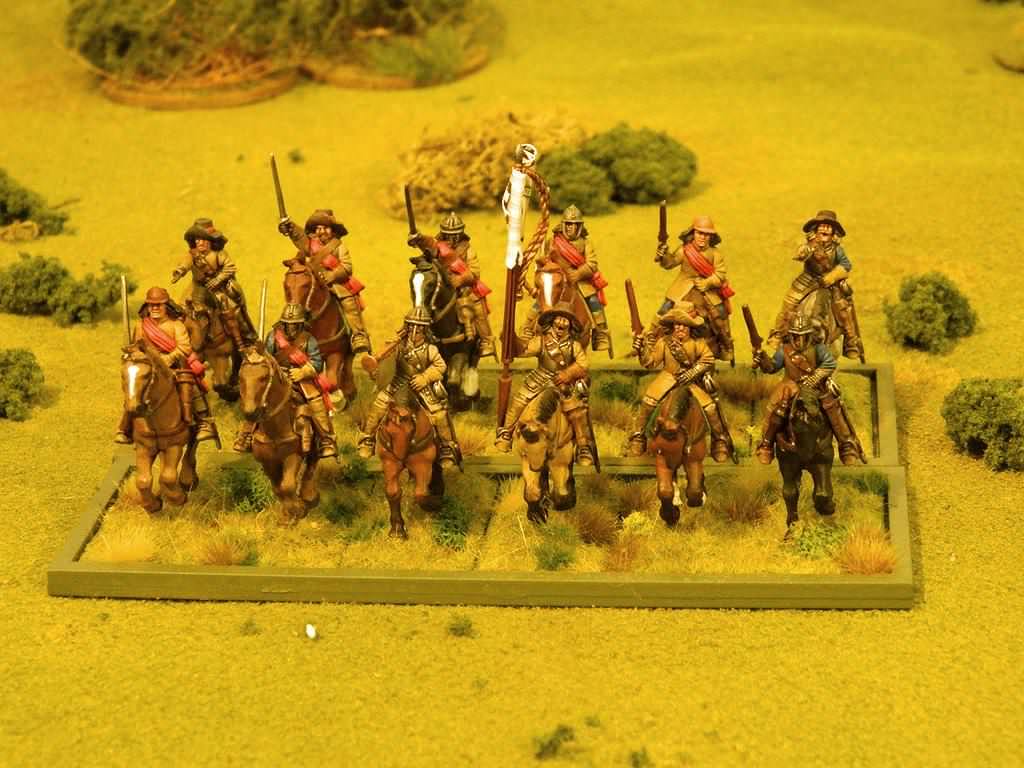 As this project originally centered around Prince Rupert's army quartered around Shrewsbury the unit was given a generic Royalist coronet from Flags of War. 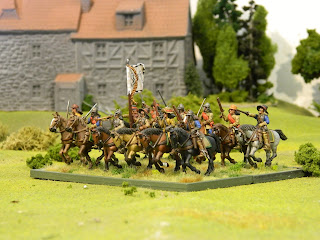 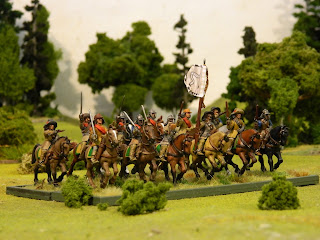 With the completion of the last cavalry unit, I thought it was time get both battalia out on a table. The shot doesn't include anything I have painted that isn't part of the two box sets: the mule train or either command stand. 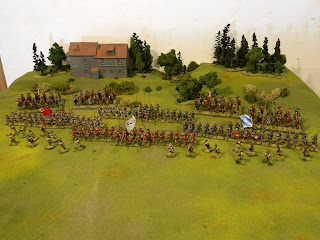 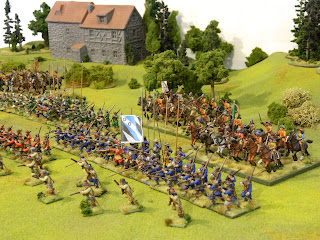 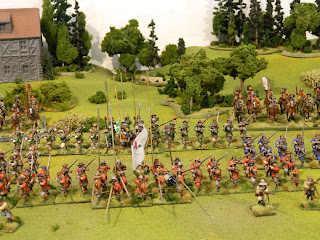 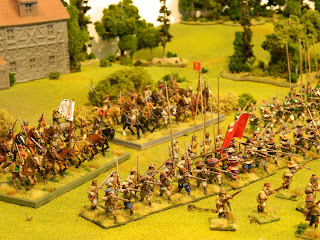 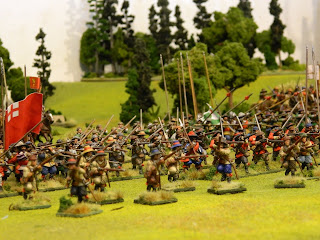 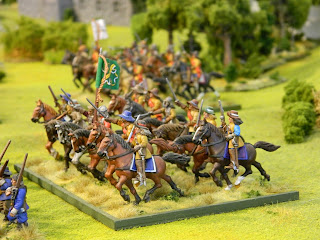 Next up, I continue on with re-painting Jeff's dragoons and I discovered I have a cannon primed and waiting.
Posted by Codsticker at 13:32