The Naniamo Historical Wargamers have taken on a new period: the Crimean War. 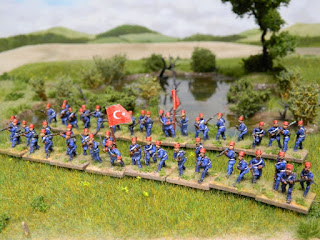 A number of us each chose a Nationality or two and a batch order was put together by Nate through Eureka Miniatures USA ; I chose Ottoman Turks (the flags I ordered from Maverick Models). 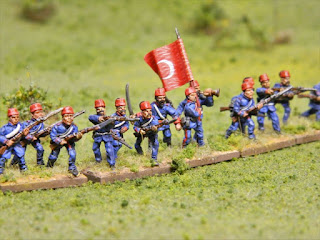 I haven't painted many 15mm figures (these are 18mm- close enough), just a few Xyston Carthaginians. The Ancients were easier as there is less detail on the figures whereas these figures have belts, pouches and hardware. Some of it is quite fine and it was sometimes hard to tell what was flash/miscast and what was sculpted and intentional. Younger eyes may have been beneficial. 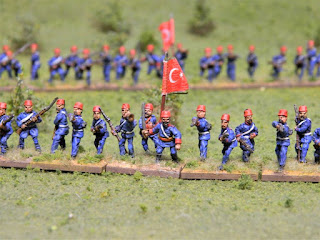 Not a lot of free info on the intrawebs but the colours were pretty straightforward to paint: Prussian blue ( a little brighter in the photos than in reality) with a lots of red details. There are a few plates to view online, some blog posts and the Wargames Foundry pics from the webstore (which are not great) so I ordered Turkish Uniforms of The Crimean War  from Caliver Books, mostly for the info on the flag bearer and officers. 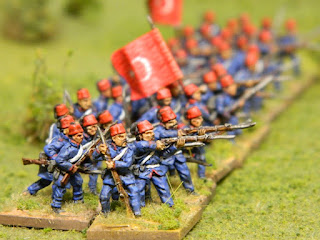 As the Ottoman Turks play a relatively small part in the battles we have planned I have French on the painting table right now in similar numbers. 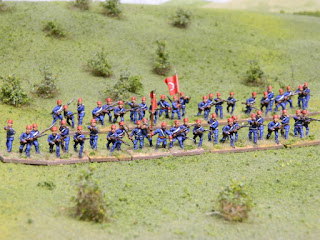