After what seems like a very long time I have completed the Eureka 18mm Crimean War French. 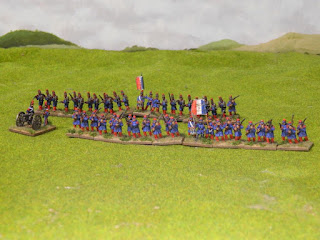 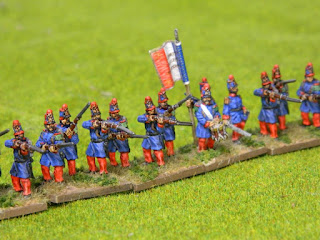 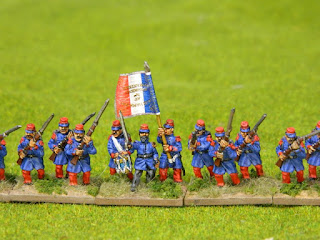 Conveniently the French uniforms have essentially the same colour as the Turks; this project did finish off my bottle of Army Painter red.
I would say that these figures were better sculpted than the Turks; I'm not sure if it is the same sculptor or a different one. 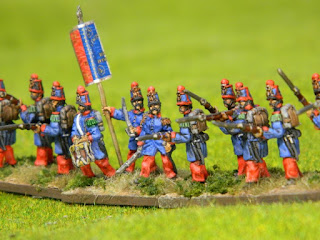 I found the faces and the hands to have better definition, easier to paint, . This officer chose to wear his optional 'steel grey' trousers instead of red: 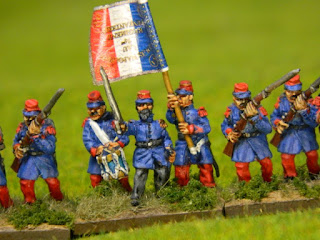 The French also have a very nice little cannon to accompany them: 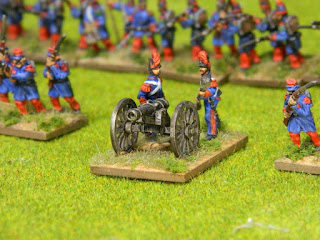 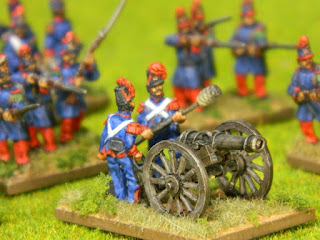 I see that Eureka has an Army Commander pack for the French so I may order one of those and pick up another gun while I am at it.