Progress continued this past weekend.

In preparation for this project I bought a few sprues of Renedra plastic gabions. Primed grey then washed and painted in a variety of woody colours. 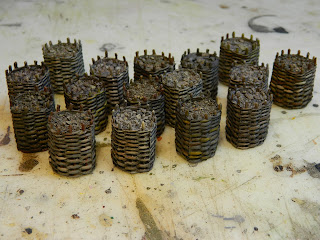 I stuck a bunch into the foam with a hot glue gun; concentrating on the gun emplacements first before throwing a few around the other trenches. 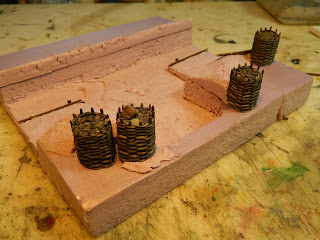 Next up I built a shooting step using a collection of (I think) bamboo that was cut-offs from a blind we bought: 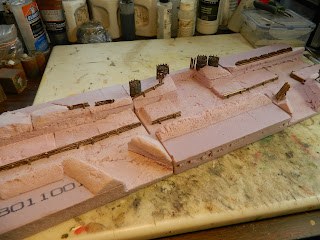 I used the same cut offs to build some wooden defenses for the trenches: 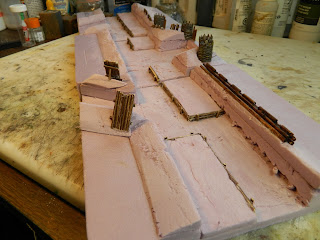 The saps had engineering pavises dug into the front of the saps. Generally they had wheels on them and were moved along as the engineers advanced the saps towards the besieged but I choose to show them dug into the dirt. These were made and cast in metal by Murdock: 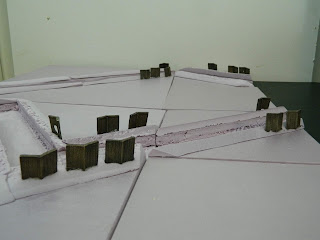 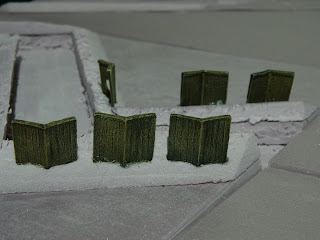 The defensive trench also got some sharpened stakes to slow down the assaulting enemy. In By The Sword Divided they called them "Swedish feathers" but they didn't really look like how Swedish feathers are usually interpreted: 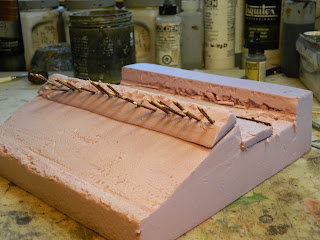 A shooting step was also added: 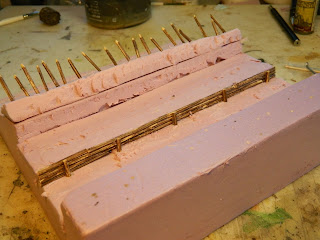 Then just this morning the trenches and earthworks got coated in a mix of Sculptamold and thinned brown paint (Sherwin Williams Half- Caff for those interested): 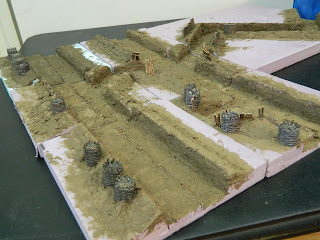 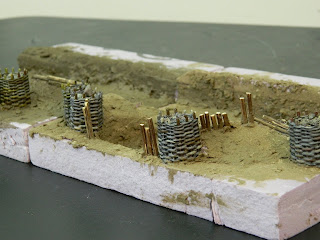 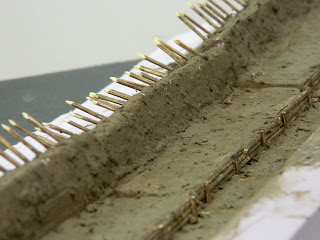 Things are starting to look a bit dirty! I will leave them sit for a few days until the Sculptamold is nice and hard then start adding rocks, shrubs and grass- the fun part!
Posted by Codsticker at 15:16 7 comments:

After several distractions I am back working on my ECW siege table for Trumpeter's Salute. The fact that the event is 2 months away is considerable motivation. The table is actually pretty straight forward; in fact most of tricky work is now done. The siege sections have been roughed out; several different pieces with either trenchs or saps. As the inspiration for this scenario is based on the siege of Arnescote castle in the By The Sword Divided TV series I also made sections with the defensive trench out side the wall as an option for the defenders. Here is a sample of how some of the pieces fit together: 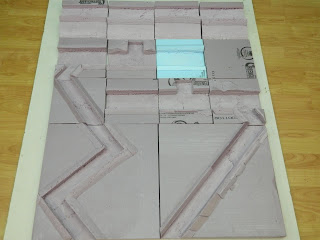 The castle would be on the right in the photo below: 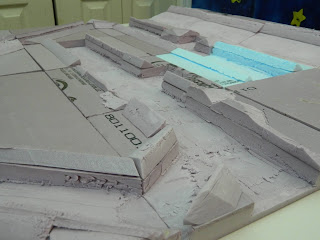 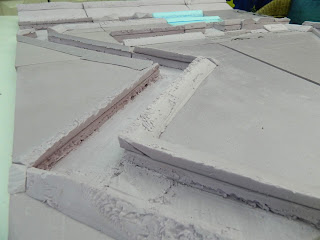 The flat centre sections have also all been cut and a base coat of tile adhesive and brown sanded grout  applied (plus a few small shrubs): 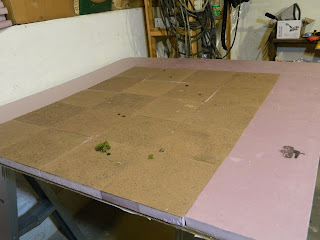 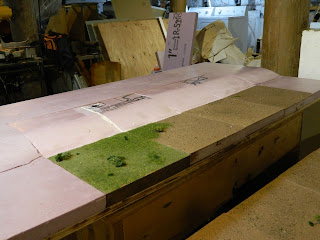 I couldn't resist finishing off one of the flat pieces;  some Woodland Scenics medium green clump foliage, some bushes of my own making and 2 mm, 4 mm and some 6 mm static grass: 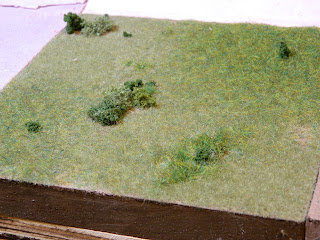 The shrubs are made with a couple of layers of static grass and then flocked with either Woodland Scenics coarse turf or Scenic Express' SuperLeaf: 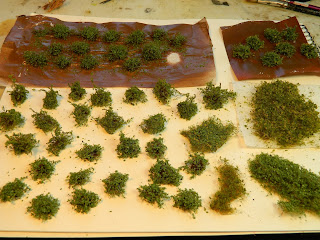 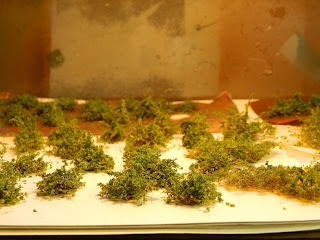 Next up, the trench and sap sections will get a healthy layer of Sculptamould.